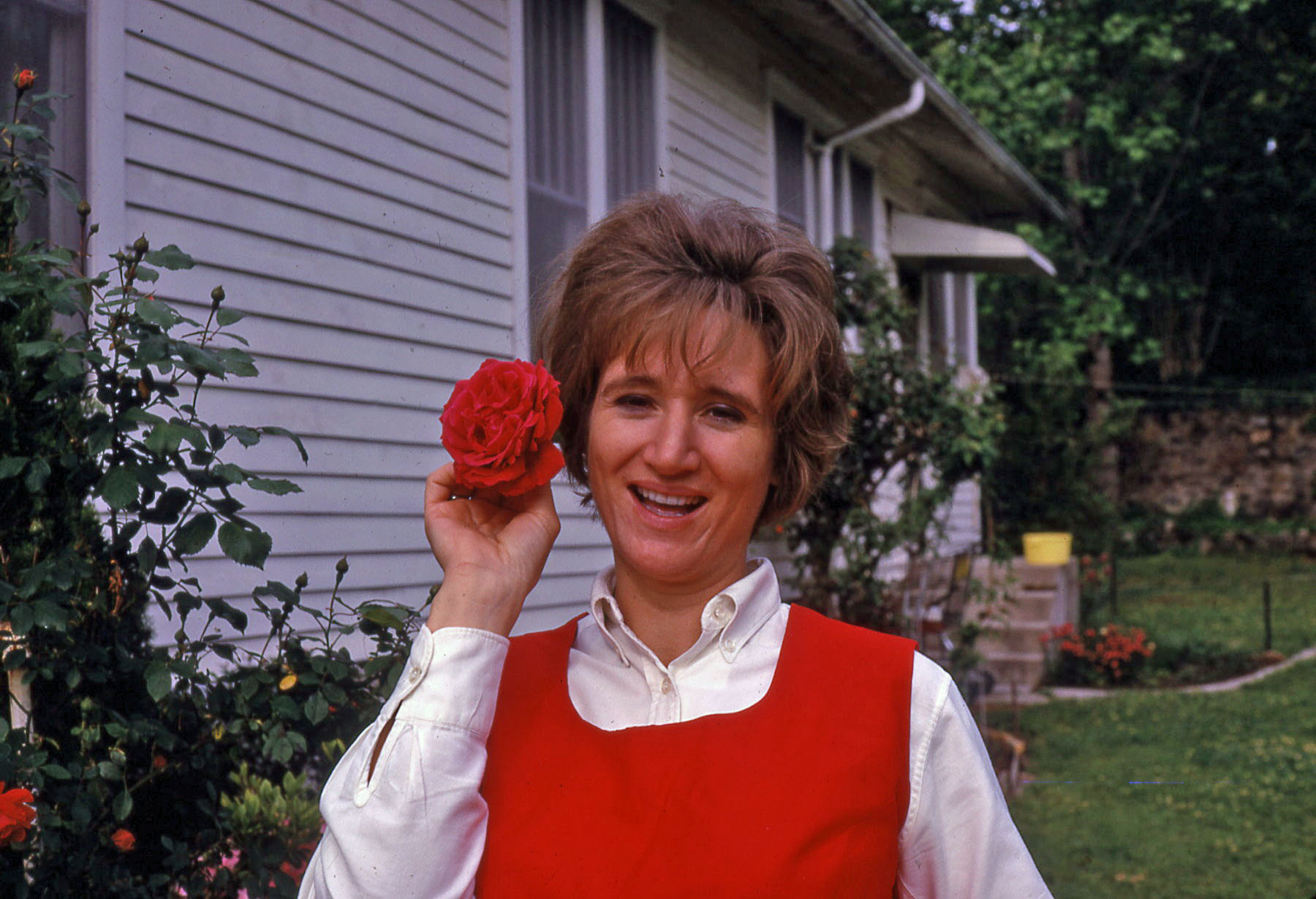 A Tribute to Bonnie Sue Reynolds

Bonnie Sue Reynolds was very much interested in genealogy. It was one of her hobbies and she always looked forward to the opportunity to take time to do research, because she found family history relaxing and enjoyable. Her passion and interest was one of the reason I was drawn into family history. Bonnie helped nurture and cultivate the seeds Dad planted in my youth. He would tell us stories about our family that captivated our imaginations and Bonnie reinforced this love. At the present time there are 1642 individuals recorded in the Reynolds family files and 11,281 text files. The tree is still growing and continues to increase. This genealogy record would not exist if she hadn't helped lay the foundation.

We spent many enjoyable times together on excursion to libraries, courthouses, cemeteries, and archives uncovering  information that would lead to new friends and relatives we didn't know existed.  Early in our marriage I realized that this would be a avenue to strengthen our love for each other.

Bonnie concentrated her research on the Standiford side of the family, and it was her hope to someday compile her work into a book and share her treasure with those she loved. After her death in 1984 she left boxes of unfinished notes that needed to be incorporate into readable files. I purchased the Family Tree Maker software genealogy program and have used it to this day to compile and sort data. I finished her work with the help of this excellent program. .

This has been good therapy for me, because in some way I want her to know that I am building upon the legacies of our love and it was a way that I can let her know I miss her. She was also an avid gardener and because of this we both had a mutual interest in horticulture.  I think her interest in growing plants can be trace back to her dad and mother. I can remember one time we both went to visit her mother and father on a cold snowy February day. Much to our surprise her dad, Ed Standiford, and her mother Adell Standiford were out in the weather planting potatoes, early peas and other hearty vegetables that needed to be put out early. They planted by the sign. I learned a valuable lesson that would help me in the greenhouse business seeing them plant in the snow, the lesson being  plant on time.

One of things we talked about before we got married was that we wanted to have little place where we can grow our own garden.  Soon after we were married, we purchase the property where the present greenhouse operation is located.  We both were organic gardeners and we spent many enjoyable hours planting and working in our own vegetable garden.  We built cold frames to raise our own vegetable transplants and gave the extra transplants to friends and neighbors.

At this time I was in construction work, and this type of work required that I go to where the job was, which meant traveling back and forth to Little Rock and other parts of the state where work could be found. We had a small accumulation of capital amounting to 1200 hundred dollars.  With this small investment with purchased a greenhouse from Clover Gardens, which was 12ft by 48ft long, we didn't have the money to purchase supplies of seed, soil and plastic inserts to plant in.

Bonnie's mother Adell Standiford, graciously loaned us five hundred dollars to stock our greenhouse, and with this small investment Reynolds' Greenhouses got it's start up capital. It might be interesting to note that are mutual interests laid the foundation for the present operation of over 3 6 greenhouses.

Children of WILLIAM STANDIFORD and MARTHA ECHOLS are:

Children of ROXIE STANDIFORD and HUGHES HOOD are:

Services for Edward J. Standiford, 74, who died Friday will be held today at 10 a.m. in the Caruth Funeral Chapel.  The Rev. Robert Tucker, pastor of the Antioch Baptist Church, will officiate.

Burial will be in the Cunningham Cemetery by Caruth Funeral Home.

She was a homemaker and member of Rector Heights  Baptist Church. survivors include one son   James Standiford of Royal; 1 brother, Ellis Henderson of Magnet Cove; nine grandchildren; and 11 great-grandchildren.

Services will be at 10 AM Monday at Rector Heights Baptists church with the Rev. Jim Owen officiating.

Burial will be at Cunningham Cemetery.

Caruth funeral Home is in charge of arrangements.

Children of EDWARD STANDIFORD and MAUDIE DUCKETT are:

Children of EDWARD STANDIFORD and VEDA HENDERSON are:

This article was published in the Sentinel-Record in Hot Springs, AR on Tuesday, June 3, 1986.

Services will be at 1 p.m. today in the Caruth Funeral Home Chapel with the Rev. Eugene Anderson officiating.

Burial will be in Memorial Gardens Cemetery under the direction of Caruth Funeral Home.

Memorials are designated as the Jessieville Baptist Church.

The family will be at 109 Terryland Drive.

Children of ALBERT STANDIFORD and CRYSTAL DUCKETT are:

This article appeared in the Sentinel-Record, Hot Springs, AR.

Mr. and Mrs. John Standiford will celebrate their 50th wedding anniversary with a reception from 2 to 4 p.m. Sunday, June 29 at Park Place Baptist Church.  The couple was married June 30, 1930 in Childress, Texas, and moved to Hot Springs in 1947.  The anniversary fete will be hosted by their four children - Bill Standiford of California, Melba Miller of Hardy, Doris Martin of Fort Worth, Texas, and Zelda Thomas of Portland, Ore.  Mr. and Mrs. Standiford have 12 grandchildren and five great-grandchildren.  Friends and relatives are welcome to attend the anniversary celebration.

Children of JOHN STANDIFORD and ZELL TYSON are:

This obituary appeared in the Sentinel-Record, Hot Springs, AR.

He was a lifetime resident of Hot Springs, member of Grand Avenue Baptist Church, bus driver for Lake Hamilton Schools for 10 years and a landscaper with W.C. Brown for 30 years until his retirement.

He was predeceased by his wife, Wanda I. Standiford.

Services will be at 2 p.m. Monday at Grand Avenue Baptist Church with the Revs. Gaines Armstrong and Dewayne Monk officiating.

Burial will be in Memorial Gardens.

Notes for WANDA I. EDWARD:

More About WANDA I. EDWARD:

Children of ERNEST STANDIFORD and WANDA EDWARD are:

Children of ROBERT STANDIFORD and BONNIE DREW are: 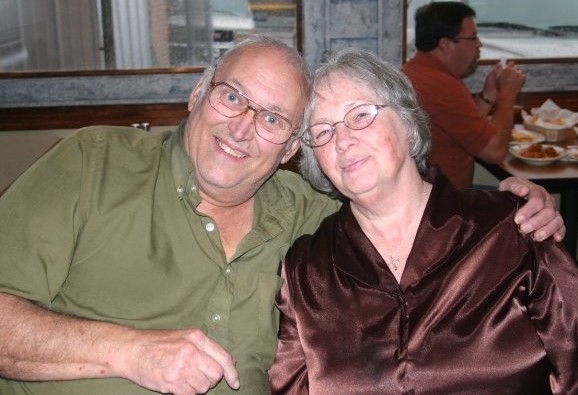 Barbara Elaine Hicks Standiford, 80, of Royal AR, passed away September 21,2020. Born February 10, 1940 in Hot Springs, AR to Cecil Hicks and Marie Burkes Hicks. She is a 1959 graduate of Lake Hamilton and worked in daycare for many years. She was a long- time member of First Baptist Church of Royal.

She was preceded in death by her parents, husband of 51 years, James Floyd Standiford, daughter Shannon Standiford, sister Catherine Worth, and nephew David Ritter.

A celebration of her life will be held at a future date.

The following obituary appeared in the Sentinel-Record, Hot Springs, AR, on March 13, 2011. 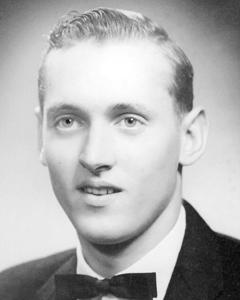 James Floyd Standiford, 72, of Hot Springs, Ark., passed away March 11, 2011. He was born Dec. 23, 1938, in Hot Springs, Ark., to Edward Standiford and Veda Adelle Henderson Standiford. He was a deacon of First Baptist in Royal, past master of Walnut Ridge Lodge and served his country six years in the U.S. Air Force.

Children of JAMES STANDIFORD and BARBARA HICKS are: 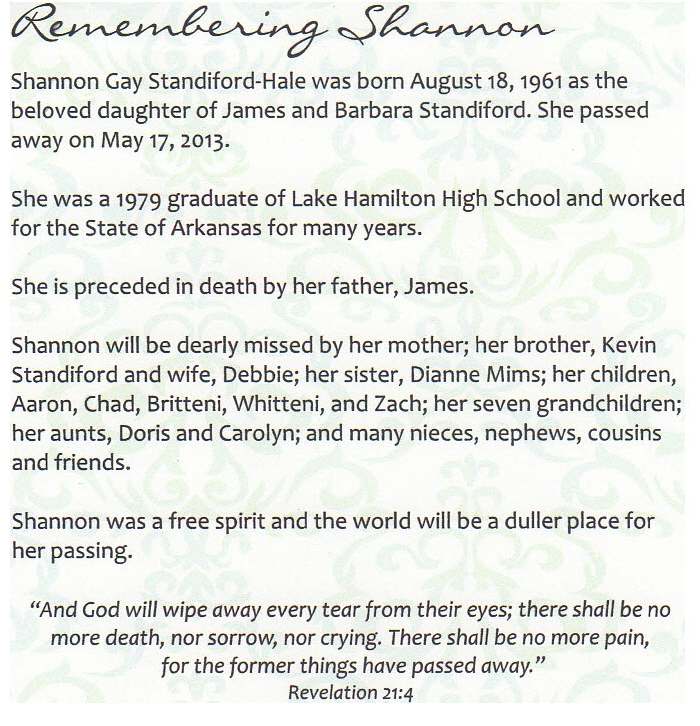 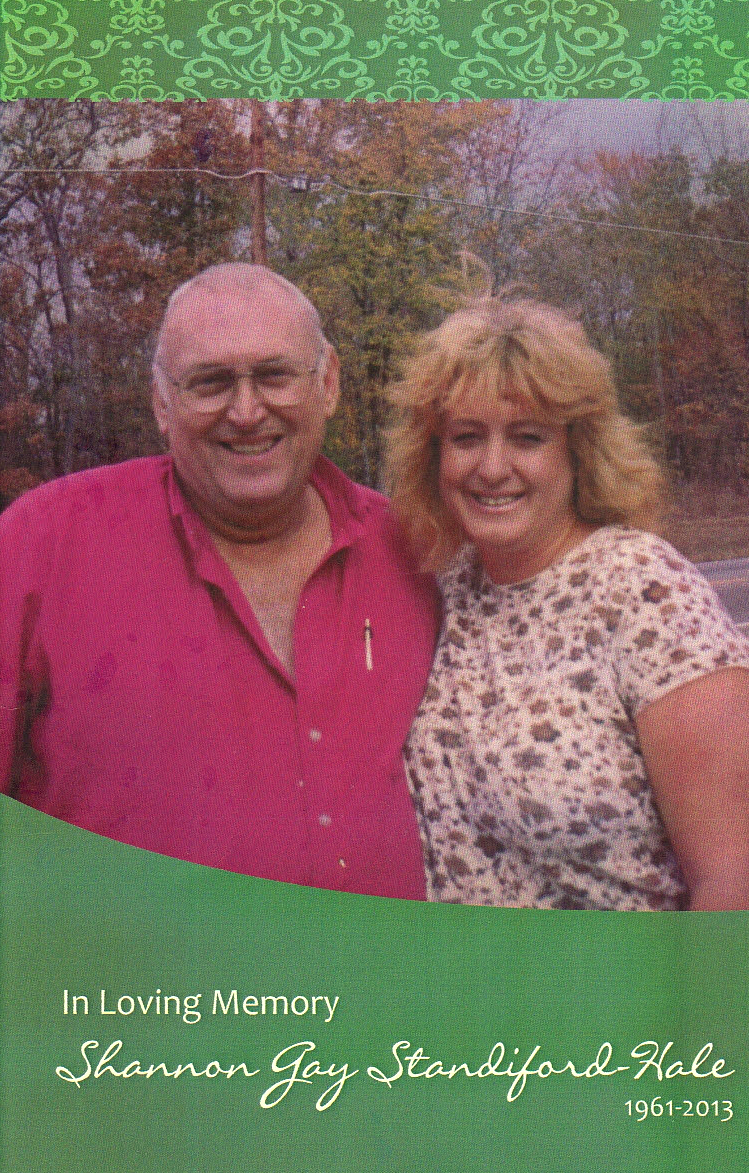 The following article appeared in the Sentinel-Record, Hot Springs, AR, in 1967.

Mr. and Mrs. Edward J. Standiford, of Royal, announce the engagement of their daughter Bonnie Sue  to Robert Edward Reynolds, son of Mrs. Clara S. Reynolds and the late Aubrey E. Reynolds.  The bride-elect graduated from Lake Hamilton High School.  Her fiancée attended Hot Springs High School and attended Houston Business and Technical College, Houston. Their wedding will be an event of late January with details announced at a later date.

The obituary appeared in the Sentinel-Record, Hot Springs, AR, in Sept., 1984.

She was born at Royal and was a member of Antioch Baptist Church.  She was a co-owner of Reynolds' Greenhouses.

Services will be at 1 P.M. Wednesday in the Caruth Funeral Home Chapel with the Rev. Bill Reynolds, assisted by the Rev. Gene Bates, officiating.

Burial will be in Cunningham Cemetery under the direction of Caruth Funeral Home.

The Reynolds Family named Garland Family of the Year 1999

My late wife, Bonnie, and myself started Reynolds' Greenhouses in 1976 growing peppers and tomatoes to sell to local garden centers and discount stores. We had very little experience in horticulture but were interested in gardening and had grown vegetable transplants successfully in cold frames for personal use. We had a small accumulation of capital amounting to 1200 dollars.  With this small investment we purchased a greenhouse from Clover Gardens, which was 12ft by 48ft long.  We didn't have the money to purchase supplies of seed, soil and plastic inserts to plant in.

Bonnie's mother, Adell Standiford, graciously loaned us five hundred dollars to stock our greenhouse, and without this small investment, Reynolds' Greenhouses wouldn't be here today. It might be interesting to note that our mutual interests laid the foundation for the present operation of over 36 greenhouses and a large outside area devoted to growing hardy annuals.

Mrs. Clarence Jordon hold a bridal shower for Miss Bonnie Sue Staniford  in her home at 1003 South Patterson Street here in the city on January 19, 1968.  The  open house  bridal shower was co-hosted by Bonnie's Aunt Zell Staniford .  Miss Staniford is the bride elect of Robert E. Reynolds who resides in Houston, Texas and is employed by Graver Tank Co as a welder there. Miss Stanidford is employed by National Rejectors as a inspector here in the city.   Mrs. Clarence Jordon is the sister of bonnie brother.. Refreshments were provided by the co-host. Clara Sybil Reynolds,  Mrs. Adell Staniford the bride-elect's mother, Barbara Standiford the  wife of James Staniford Bonnie's brother, Mrs. Clarence Jordon Barbara sister were  a  few of those present. All the guest had  a  enjoyable time.

Child of BONNIE STANDIFORD and ROBERT REYNOLDS is:

Child of WANDA LEE STANDIFORD is:

Children of CAROLYN STANIDFORD and DALE HARRISON are:

Children of MARILYN STANDIFORD and JOHN GRANTIER are:

Children of BETTY STANDIFORD and DONNIE STROOPE are:

Children of SHANNON STANDIFORD and ROBERT HALE are: 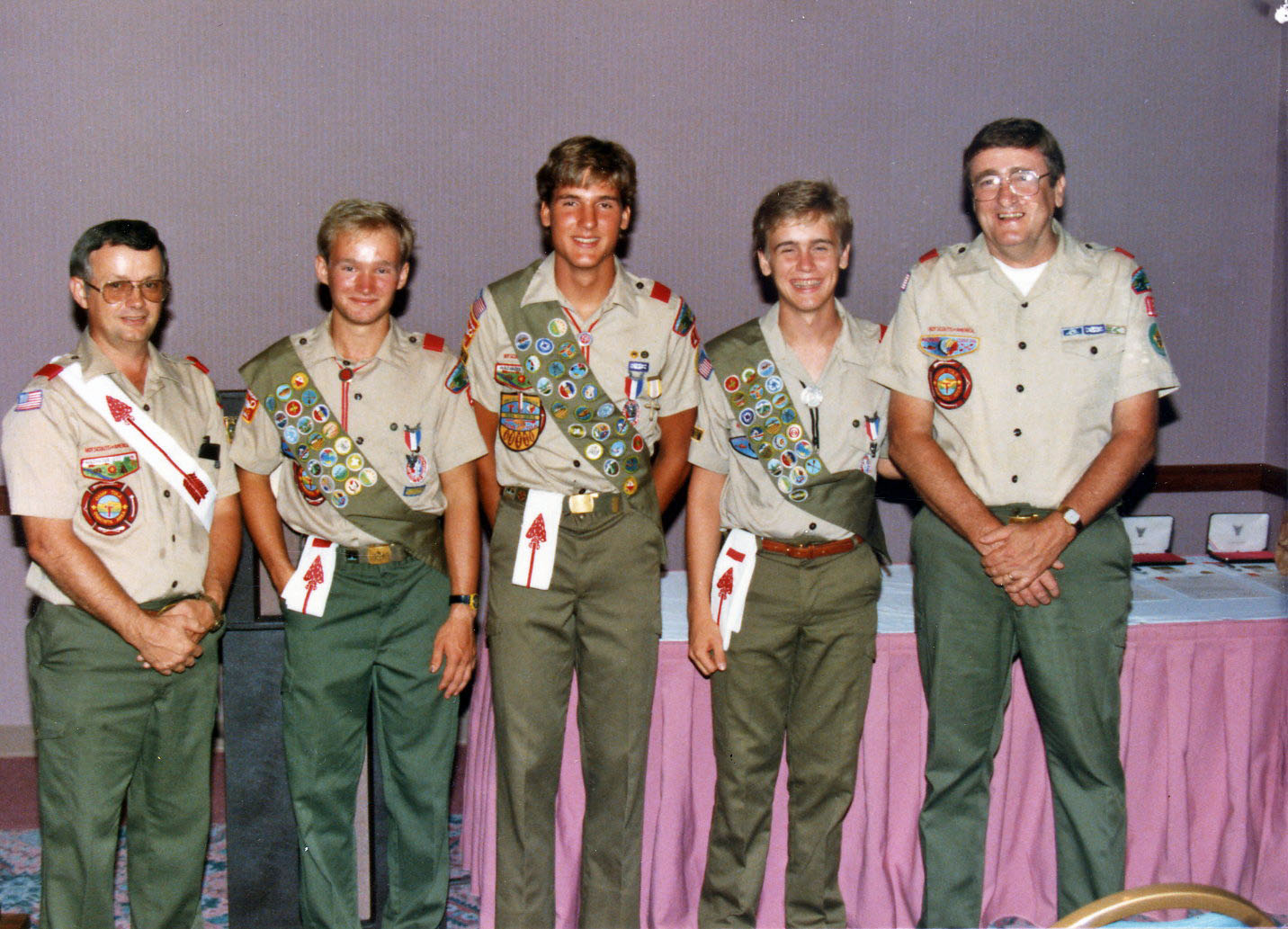 Todd Maxwell, Shane Reynolds and John C. Horner 111 have earned the highest achievement award the Boy Scouts of America offers to Scouts, the Eagle Award. The trio, members of Troop 15, were recognized July, 28 at the Hot Springs Hilton. Each candidate must earn  21 merit badges and successfully complete a community, church or synagogue-related service project. The trio chose separate projects in Hot Springs National Park relating to safety and improvement of visitors areas. Maxwell is the son of Kathy Maxwell of Hot Springs and Wesley R. Maxwell of East Palatka; Reynolds is the son of Mr. and Mrs. Robert E. Reynolds of Valley Acres subdivision, Hot Springs; John Horner 111 is the son of Mr. and Mrs. John C. Horner Jr. of Hot Springs.

Children of SHANE REYNOLDS and LISA GOBELS are:

Shane and Yoli Reynolds where Married on May 27 2018  in  a beautiful wedding at there home. 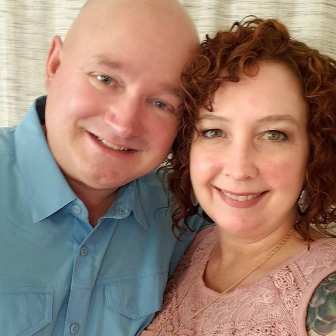 We welcome your comments boreyed@yahoo.com

2020-2003-copyright The information posted on the Reynolds' Archives may be used for non-commercial, historical, and genealogical purposes. It can be freely downloaded by researchers and those interested in our family history. It can not be used otherwise without my written permission. When using this material, make mention of this web site as your reference and the source notes found on each home page.